It is not a shock that many of us, especially students, admit that they are not mathematically inclined and that they have a hard time doing their math homework. To those who see themselves being amongst these people, then this might be good news for you!

For struggling students and even for some of the professionals out there, heads up! It seems that your math homework could now be solved using your very own smartphone camera! Who would’ve thought? 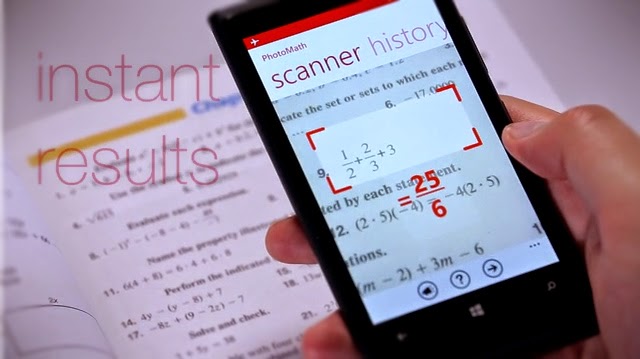 PhotoMath is the said name of this free photo-based math problem solving app and it seems that this is just what the current selfie generation craves for.

This wonderful app is initially available for Apple’s iOS and Microsoft Window’s Phone and a version for Android is on its way in the coming of 2015.

PhotoMath is said to be the world’s first camera calculator as mentioned in the description for the iOS version of the app. While using PhotoMath, a user can just simply point the camera towars the mathematical expression the user wishes to answer.

However, the description of the version of Windows Phone indicates that the app is still not able to support handwritten numbers. Well, for now.

According to a report by Joel Locsin of GMA News, Sploid.com gave its own description of the app, stating it as “a cross between a text reading camera, a supremely sophisticated calculator and well, the future.”

What’s more, not only does the answer show up but the app will also show its users the solution and even how the answer was reached!

So if you want to learn math, it is said in a statement that the app can serve as an extremely helpful teaching tool for different arithmetic expressions. Not only that but fractions and decimals, powers and roots and simple linear equations, as well!

Just when it can’t get any better, the App Developers say more is still on its way. References: gmanetwork, photomath