Xiaomi has recently announced the huge success to the first Poco F1 sale in India. It managed to sell at least 68,000 Pocophone F1 units in no more than five minutes. It could be because of the top of the line specs. Pocophone F1 operates with Android v8.1 with Qualcomm’s most powerful chipset to date – Snapdragon 845. This is due to its liquid cooling. 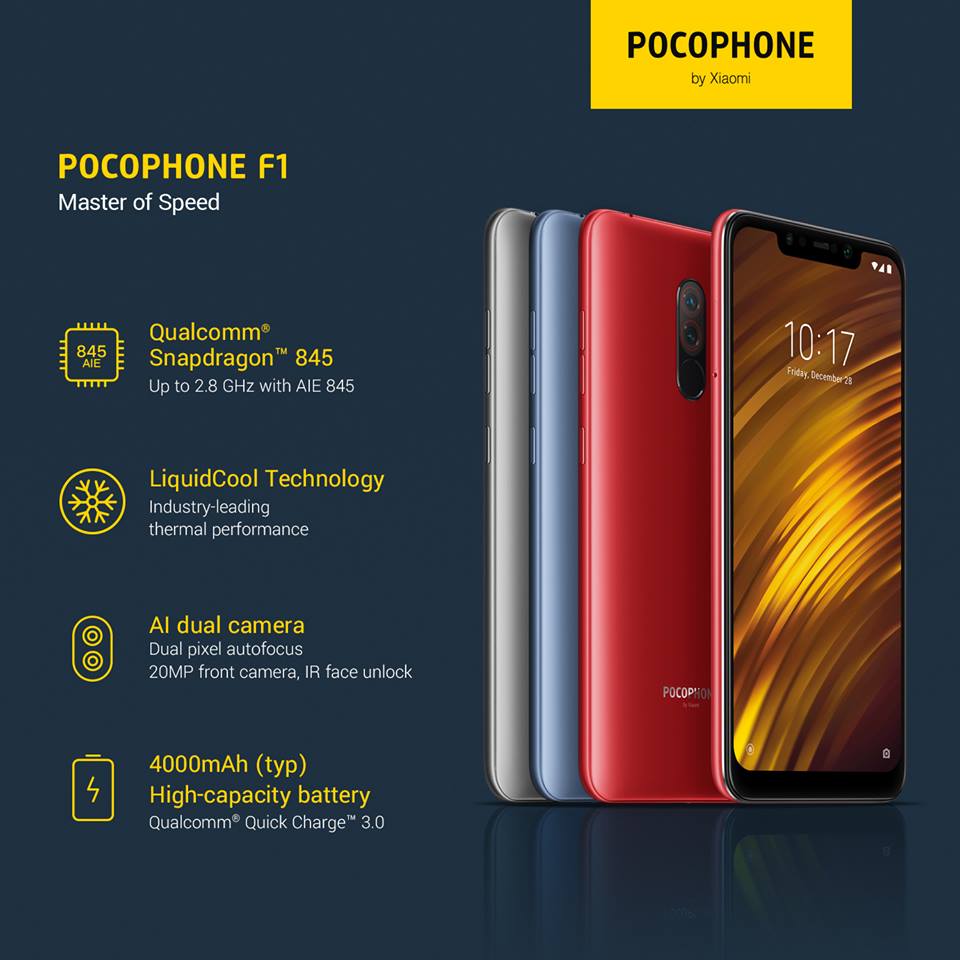 Add to that, it has an infrared camera, an IR illuminator for face unlock and a 20MP selfie snapper. Though the frame is made of a thin aluminum, the front is Gorilla Glass. The display is 6.18″ IPS LCD with 403ppi. The Pocophone F1 is available in 64G, 128G and 256G storage with 6 or 8GB of RAM. It even has a 4000mAh battery with Quick Charge.

Pocophone F1 scored over 290,000 points in the benchmarking app Antutu with a 300% faster heat dissipation compared to its rivals in the market.

Xiaomi announced that the Pocophone brand will be operating independently in the future but it will be branded as Xiaomi for the time being. This move is expected to give Pocophone the ability to release faster updates. Its independence will also let Pocophone venture in other markets Xiaomi do not operate on traditionally.

The Poco F1 will be included in the flash sale of Lazada Philippines on September 6 and it is expected to “fly off the shelves.” Buyers can save P1,000 and get a 64G Poco F1 for P16,990. The 128G Poco F1 will also be available is authorized Mi Stores at P19,990. Visit here to BUY on Lazada
204
SHARES
ShareTweet