Harvard bioengineers shared their break through with organ-on-a-chip technologies, aiming to make way of drug testing without animals or humans. The organ-on-a-chip is a technology that gives a computer chip the replicated functions of a human organ. 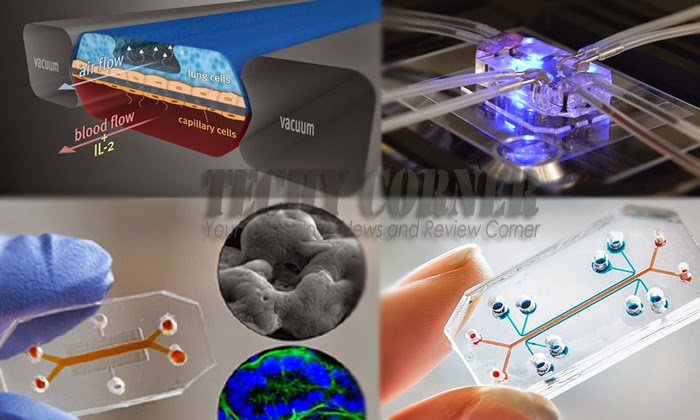 These chips contain real living cells from human making the chips able to simulate the function of the organs such as the lungs and heart. These chips can replace human subjects and the fact that they are transparent makes the observation easier.

To test the drug, a solution of the compound is introduced to the chip and the researcher will then have to wait for the reaction of the cells. They can also test the effect of probiotics, how fast drugs are absorbed and could take effect.

These chips could also be a stepping stone to understand diseases and know how to treat them. Data gathered from the sample tissues are recorded in a computer. Tissues could be from heart, lungs, muscles or blood vessels.

This makes the medical care faster, drugs can get approved in shorter time as they could easily be tested. They can know what happens to humans to see if the drugs are effective or not.

According to Wyss Institute’s Geraldine Hamilton, one of the bio researchers responsible for the revolutionary organ-on-a-chip, testing with lab animals are not as efficient with testing drugs on human cells. With organ-on-a-chip, they can test drugs without risking its effect that could harm humans. It works with the cells being given the same environment as they have in a human body such as mechanical forces. The researchers can then add a foreign organism/bacteria and white blood cells.

With the functionality of the chips that could simulate the actual reactions of the cells in the human body, researchers can also see how the body reacts to diseases. Samples of lungs, heart, gut, liver and bone marrows had been recreated in a chip.

Multiple chips can also be connected together to recreate the functionality of human systems and the researchers are positive that it could greatly help in testing drugs and understanding diseases. Fatal drug reactions can be prevented. Hamilton clarified that recreation of human is never a goal but the main goal is to understand drugs and test them without the use of animals and humans.