A German student invented a smartphone case to protect the phone from any damages caused by a fall. The case is equipped with motion sensors that will activate the “mobile airbags” upon free-fall detection. 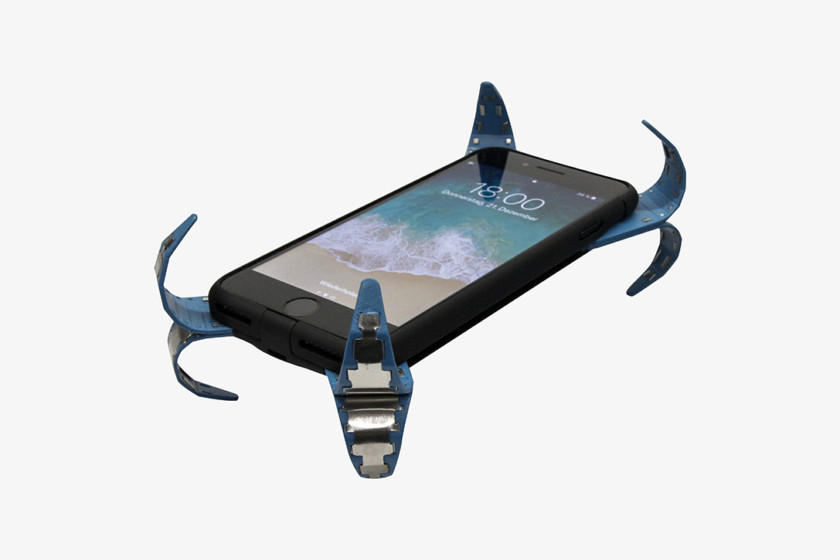 It protect phones from damages the moment it hits the floor. The ‘mobile airbag’ pops open as it drops.

This is due to the sensors which deploy metal springs whilst free falling. You can simply reinsert the metal springs into the case for reuse.

Frenzel’s smartphone case has already won an award from The German Society for Mechatronics. Preview Online reported that the student will be a launching a Kickstarter campaign next month to start funding the next stages of the project.

The clever idea of “mobile phone airbag” (which now registered for a patent) started when Frenzel’s jacket was casually thrown with his new smartphone forgotten in its jacket pocket. The smartphone went free fall and the damages can’t be simply covered with a “spider app”. He had the screen fixed only to work in just two weeks since the damages of the fall had also “caused all the electronics to break down.”

This is when the 25- year old mechatronics master’s degree student decided to design a protective case that is not too bulky. After four years, he was able to create a prototype of the mobile phone airbags. He now calls his project “AD (Active Damping) Case” and expects to get financing from the Kickstarter and his supporters at the university.

Frenzel admitted that he was not expecting to receive an award for his project but it made the overall experience far better. He dreams to establish a company with a larger product range within a few years from the hype of his smartphone case airbags.