Let me tell you one alarming fact. More or less 500,000,000 people are infected. No, no. Not by some strange disease on their bodies but their smartphones, by a malicious malware—and they are not aware of it.

A new finding has discovered that the top 10 flashlight apps on Google Play Store have been identified as malware by Cybersecurity expert Gary Miliefsky, CEO of SnoopWall, describing them as malicious and spying as they are snooping and stealing. 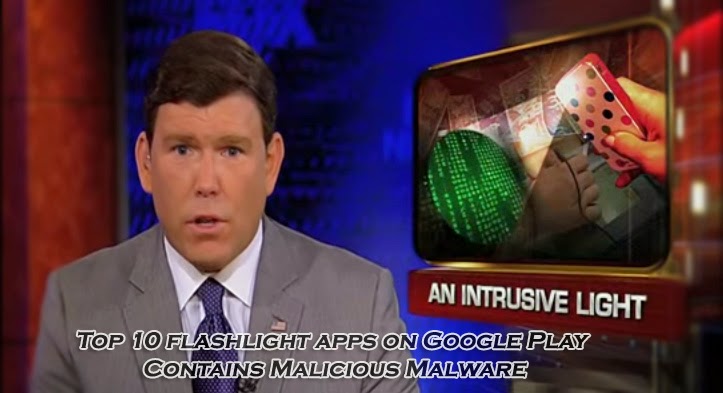 A special report with Bret Baier features an interesting story about the study of Miliefsky in order to start the National Cybersecurity Awareness Month.

It is known that we use the flashlight in the dark when we are looking for to find that we couldn’t see. That is exactly what this malware does, and everyone has them installed in their smartphones!

Instead of using the normal flashlight, people now tend to use their cellphones and turn on the flashlight app. Once turned on, data about the user’s name, address, credit cards, bank account information, personal photos and videos, where you are located right now through GPS, who your friends and contacts are may be stolen and sent to people with sinister intent using a little satellite dish attached to the flashlight.

Yes, that was what had been happening. The top 10 flashlight apps today that could be downloaded from the Google Play Store are all malware, according to Miliefsky.

So far, the expert added that he found three countries so far in concern to where the stolen information are sent—China, India and Russia.

These information could be very well be used for criminal purposes.

Miliefsky advises users to not only uninstall the flashlight apps but also to factory reset due to the presence of the Trojans, since even when one uninstalls, the Trojans are still there.

The news proves to be alarming, just emphasizing that Cybersecurity is as important nowadays as our usual day-to-day security measures.